We use cookies on our website to give you the most relevant experience by remembering your preferences and repeat visits. By clicking "Accept", you consent to the use of ALL the cookies.

Laptopsadvisor supported by its audience. When you buy through links on our site, we may earn an affiliate commission. Learn more.

If you are in the market for a Chromebook or a laptop, you will want to know the differences between them. We have all of the answers that you need here in this comprehensive guide.

We want you to make the right buying decision when it comes to either a Chromebook or a laptop, so we have looked at many different aspects and have provided you with the main differences.

Once you have read this complete guide to Chromebooks and laptops, you will have all of the information that you need to purchase the right device for your needs.

What is a Chromebook?

A Chromebook is actually a laptop but it is different from those powered by the macOS or Windows operating systems. If you are familiar with the Google Chrome web browser, you can think of a Chromebook with a lot more functionality. Chromebooks are cheaper than Windows-powered laptops even though they have similar CPUs inside them.

Chromebooks are simpler devices than Windows and Mac laptops. With the later Chromebooks, it is possible to run Linux as well if that appeals to you. When you look at a Chromebook, it is similar to a Windows laptop. It has a display with a built-in keyboard and mouse, and there is usually a camera for your videoconferencing calls.

There is a Google operating system, Chrome OS, with a Chromebook, and you can use Android applications with it. Some Chromebook users use their device for gaming on the cloud, and with a large number of apps available, you can get really productive. You can do a lot with a Chromebook for a much lower price.

Updates to the Google operating system happen while you are using your Chromebook, so you can just use your device without even knowing that updates are happening in the background. The latest versions of Chrome OS will run Android apps.

The early Chromebooks only worked if you had an Internet connection. Things have changed and the most modern Chromebooks have limited internal storage, but essentially, the Chrome OS is still designed to function at its best when you are online.

So, if you think that you will do most of your work offline, then a Windows or Mac laptop is probably the better option for you. You will have access to larger internal storage and you can use applications that do not require an internet connection.

Chromebook Vs. Laptop: Hardware and Storage

You can get a Chromebook in a clamshell format or a split format ideal when using Android apps. There are Windows and Mac laptops available in both formats as well, of course. When Chromebooks first appeared, the hardware specifications were fairly limited. Things have changed significantly here.

These days you can get a good Chromebook with this kind of hardware specification:

With a Windows or Mac laptop, there is almost no limit to the hardware specification. You can have an ultra-fast CPU, 32 GB of RAM, higher-resolution displays, and 128 GB to 2 TB of internal storage. There is some flexibility in the specifications for a Chromebook as well and you can find models that have displays with better resolution, for example.

Usually, a Chromebook will use a flash SSD device for internal storage, whereas a Windows or Mac laptop will use a conventional HDD or more expensive SSD. It is possible now to purchase a Chromebook with 256 GB of internal storage, with 128 GB being more common. If you need more than 256 GB, you should get a Windows or Mac laptop.

Graphics cards for Chromebooks vary as they do for Windows and Mac laptops. With a Chromebook, you can go from Intel integrated CPU graphics up to a dedicated graphics processing unit (GPU) from Nvidia and other manufacturers.

The same applies to other laptops, but you can usually go for more graphics power when you have a Windows or Mac-based laptop. It is possible to play some games on a Chromebook but these tend to be a lot less graphically intense than modern Windows games.

As far as ports go, you will usually find that a Chromebook is comparable to a laptop. Many Chromebooks will have two USB ports, one being the USB 2.0 spec and the other USB 3.0. There is usually an HDMI port to use an HDMI cable to connect to a large screen TV or other devices as you can with a Windows or Mac laptop.

Some Chromebooks have audio jacks for a microphone and headphones as laptops do. They are almost always equipped with Wi-Fi to the 802.11 standard and often have Bluetooth capability as well. Display sizes vary with Chromebooks as they do laptops and you can get a Chromebook with a 14-inch display with a resolution of 1920×1080 pixels.

Chromebook Vs. Laptop: Apps and Software

To make the choice between purchasing a Chromebook or a conventional Windows or Mac laptop, you need to consider the applications and software that you want to use. Chromebooks have come on a lot when it comes to software, but they still lag behind laptops in this area.

It is not possible for you to fully install application suites such as Microsoft Office on a Chromebook. There are alternatives to this, of course, with Google Docs, Sheets, and Slides as a good example.

There are also Android apps available for MS Office apps such as Word, Excel, PowerPoint, and Outlook but don’t expect these to have all of the features of the computer versions. More people are using the Google Docs apps these days, and to do this, you will need to be online. You get a lot of features for free rather than having to pay for MS Office.

If you want to use MS Office on your Chromebook, you can sign up for a Microsoft account (register a Live.com, Hotmail.com, or Outlook.com email address) and then use the individual apps online for free.

There are limits to what you can do with some software on a Chromebook compared to a laptop. If you are a power user of software and applications, you will probably be better off with a Windows or Mac laptop.

It will not be possible for you to install applications like Photoshop and high-end video editing suites. You can do some basic photo and video editing tasks with a Chromebook, but you are better off investing in a Windows or Mac laptop if you need more than this.

Windows laptops can run a lot of graphic intense games that require a lot of local storage. But it is not all bad news when it comes to Chromebooks. You can access many games with a Chromebook because the latest version of Chrome OS allows you to play Android games. All modern Chromebooks can do this.

What you cannot expect is the same gaming quality as you can get with a Windows laptop. Google is committed to “cloud gaming,” and this year, it included Stadia with all Chromebooks pre-installed.

To get the best out of gaming with either a Chromebook or a laptop, you will need a good graphics card, which is available for both devices. If you are happy to play good-quality games using apps or via the cloud, then a Chromebook is a good choice. For those that want to play games like Battlefield, a high spec Windows laptop is the best option.

Both a Chromebook and a laptop are designed for portability. If you want a smaller and thinner device, and as a result, lighter, then a Chromebook is probably going to be your best option. Of course, there are light and thin Windows and Mac laptops available, but these tend to be very expensive.

There are some very impressive security features with a Chromebook that you may not be aware of. One of the best security features is the “sandbox”. When you run an application or use a new tab on a Chromebook, it will run in its own sandbox. Should a virus infect an application, it will die as soon as you kill the process. It will not infect your whole operating system.

Every time you boot up your Chromebook, it will check for infected files. Yes, you can do this with a Windows laptop, but the process tends to take a lot less time with a Chromebook. If you do have some kind of security issue with a Chromebook, you can reset everything without the risk of losing too much. This is not the same with Windows or Mac laptops.

Because there are so many Windows computers, they are susceptible to more threats. The security in Windows 10 is much improved over previous versions, but there is still the possibility of infection. Mac laptops are considered to be more secure, but they can be vulnerable also.

The battery life with most Chromebooks is impressive. It is not uncommon to get between 8 and 10 hours from a fully charged battery. There are some Windows and Mac laptops that come close to this, but you will usually have to pay a lot more for them.

A Chromebook is a lot less sophisticated than a laptop, and the demands on the battery are considerably less. If battery life is really important for you and you are not a “power user”, then a Chromebook could be the best choice.

A Chromebook should be significantly cheaper than a laptop because the Google Chrome OS is nowhere near as resource-hungry as Windows and macOS. This means that the components within a Chromebook are often less expensive than those of a Windows or Mac laptop.

We recommend that you work out a budget and then decide from there. You can get a good spec Chromebook for just over $200, which is much cheaper than a good spec laptop. But there are some excellent laptop bargains around too, so keep your eyes open. 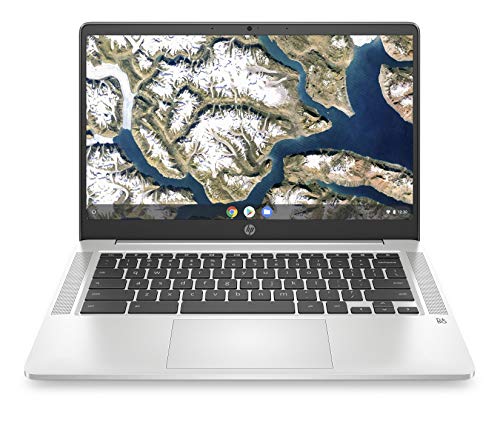 Prices pulled from the Amazon Product Advertising API on:

Product prices and availability are accurate as of the date/time indicated and are subject to change. Any price and availability information displayed on [relevant Amazon Site(s), as applicable] at the time of purchase will apply to the purchase of this product.

Chromebook Vs. Laptop: What is best for you?

Now you know the key differences between Chromebooks and laptops, thanks to our complete difference between a Chromebook and a laptop guide. So it is time to decide on which one to go for. What kind of computer user are you? If most of your computing activity is Internet-based, such as web surfing and email, then a Chromebook is probably your best choice.

There are tons of apps available in the Google Play Store that you can use with your Chromebook, but these will not be as sophisticated as apps for Windows or Mac laptops. If you need to do more advanced tasks, then a laptop is probably the right decision for you.

It may just come down to the amount of money that you are prepared to spend. You can get an excellent Chromebook for $300, while a good spec laptop will cost you more than this. Work out what you need to use the device for and then decide from there.

This site uses Akismet to reduce spam. Learn how your comment data is processed.